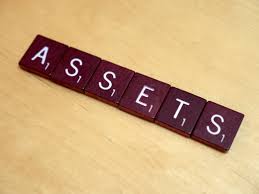 In an earlier post I laid out the criteria an institution will use in determining how much to discount their overall tuition.  Family assets is one of the three aspects in which they use to evaluate their decision. By repositioning assets, families can increase the amount gift aid a school will award.

Let me explain.  I had a client that claimed to be the best roofing contractor in Kentucky.  They had assets in access of one million dollars and had several nicely padded retirement accounts amongst the owners.

Their daughter had over $15,000 dollars in her personal bank account.  Monies accumulated from working in the company office and from money her grandparents gifted her.

The family’s EFC (Expected Family Contribution) was pretty high as was the tuition to the private college she was considering. The EFC at the starting point was in the $44,000 a year range with the tuition being just a little more than a thousand dollars more than that.

$44,000 a year is quite a bit of money.  But hey, her family can afford it right?  Maybe so but if you were in their position would you want to pay more for your child’s education than you had to?

This is where I came in.  First thing I told the family was to empty their child’s bank account.  They looked at me sort of sideways but reluctantly agreed after I explained.  You see she was to get  a new car for high school graduation.  I told them to use her account to pay for the vehicle.  The could reimburse her later when it didn’t matter.

Colleges take into account the money that’s in the student’s account.  That’s right.  You are discouraged from being savvy and saving money as a high school student.  So just say with me here while i walk you through just how this all comes together in the end.

Then some of the monies that were in her parent’s retirement accounts we moved too.  We moved some of those monies into IUL (Indexed Universal Life) accounts.  These type of accounts grow tax deferred, increase when the market goes up, are protected from any market losses and the the money can be accessed tax free at anytime.  Mainly in retirement.  Another discussion for another day.

By doing these two simple little tricks I was able to LOWER their family’s expected contribution from 44k per year all the way down to…wait for it…wait for it……..$22,000 a year.

This essentially INCREASED the gift aid from the private college from $800 per year all the way UP to $19,000 a year!!  Let me rephrase that…

A savings of $22,000 dollars a year begins to really add up.  Especially after a four or five year stay in college.  The family is happy to pay for college but glad i helped them not pay more than they had to.

Do I have your attention now???